With the name SERCOM Regeltechniek (Control Technology) we wanted to indicate from that point on, what our main objective is and what our activities are. This is, in fact the design, development and production of process COMputers for the CONTROL of installations by means of SERvo engines.

On January 21, 1984, SERCOM Regeltechniek was founded by 4 people, including, amongst others former Indal employees Mr. Piet van Diemen and Mr. Frans Koek.

The 4 arrows in our initial company logo is also a reference to these 4 people, together with the spiral, which is a symbol of a muted harmony. This often refers to controlling an unstable situation to a stable one.

With the name SERCOM Regeltechniek (Control Technology) we wanted to indicate from that point on, what our main objective is and what our activities are. This is, in fact the design, development and production of process COMputers for the CONTROL of installations by means of servo engines. SERvo engines which you can still find today, for example for opening and closing vents, valves, hatches, mixing valves, on burners, speed-controlled fans, et cetera.

With the knowledge and experience of Frans and Piet, they developed the first products, at home in their loft. In those days, 1984, there was a large need for things like a measuring set for measuring the temperature, the level of EC en pH in the watering inside greenhouses, but also a carbon monoxide detector for the disconnection of horticultural burners when they do not only produce heat and CO₂ (carbon dioxide), but the toxic CO (carbon monoxide) gas, as well.

With the first income, mainly generated from the sales of these CO detectors, further investments were made in the design, development and production of the hardware and software for the first Sercom process computer. This was used in 1986 to control the process of flower bulbs storage cells, with Mr. Gerard Heemskerk in Noordwijk. This very first system installed, is still running today, up-to-date, with a current program!

In 1987, we were able to move into our very first business premises at Meer en Duin in Lisse, while the company had steadily expanded to over 10 employees. By then we were able to supply systems for flower bulbs, greenhouse horticulture and companies growing chicory.

In 1990, SERCOM won the Best Entrepreneurial Vision trophy in the Flower Bulbs Region, a prize for the entrepreneur who succeeded “… to produce and launch new products to the market with technical creativity, enthusiasm and perseverance”. The first link of the Sercom process computer to a PC was up and running. You can view the complete newspaper article here.

In 10 years, the number of systems supplied to the various industries kept growing and were now installed at over 450 companies, controlling drying, storage, cooling and freezing, greenhouses and watering, mostly in the Benelux and Germany, but also at some locations in France and in even Japan!

That same year (1994), was also the year that we had outgrown the office at Meer en Duin and construction would begin for our first own building, at the Heereweg 9 in Lisse.

The growth continued, but not only with regard to the number of employees, but it also applied to the number of systems in operation, and where they were supplied to. After 15 years, early 1999, more than 900 process computers had already been supplied and we expanded our activities to Russia and other continents, like Africa, Central and South-America. We were preparing ourselves for the new millennium.

The year 2003 was the year that our then management was taken over, step-by-step, by the current owners of our company; Mr. André van Rooyen en Mr. Jan-Willem Lut.

In 2007, the collaboration with Powerhouse began, a collaboration that enables us to switch OFF and ON electrical sources (generators and CHPs) at end users and electrical consumers (lighting, cooling), based on the electricity market in the Netherlands and Belgium.

In 2007, the collaboration started with EMS from Sint-Annaland. As a producer of gas analysers, they succeeded to analyse Ehthylene in the air, with an extreme accuracy. This gas can have very harmful side effects for several products, such as tulip bulbs and phalaenopsis.

In 2010, we began a cooperation with Nitea, with whom we developed the “PathManager” product. With this system, it is possible to register all hours a employee is present at your company and to base your schedule on that, or adjust it.

Together with company EMS, SERCOM was privileged to win the International HortiFair Innovation Award, for the Air Monitoring System, which is an innovation for analysing, measuring and controlling Ethylene in the greenhouse sector. More about this on this page.

All these years, we were privileged to set up, expand and consolidate our company policy, together with our dealers and partners and we are proud of our achievements! Together with them, we are looking forward to the future with much confidence!

🇳🇱 Made in Holland 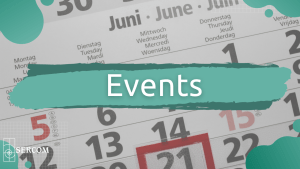 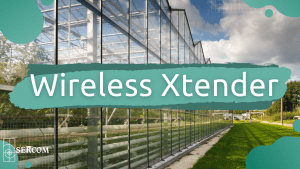 This website uses cookies to improve your experience. We'll assume you're ok with this, but you can opt-out if you wish. Read more